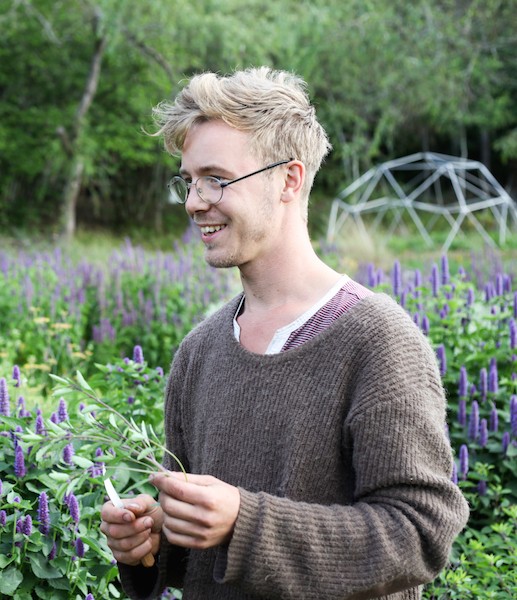 I started cooking very young and knew i wanted to work with food from the age of seven. In Upper secondary school (Virginska Skolan, Örebro) I studied cooking for three years. After school (2003) I got a job in a five star hotel in Scotland and carried on working as a cook in England for four years in a couple of top restaurants.

When i got back to Sweden I was fed up with fine dining and took a job in a Waldorf school kitchen for a few months and was after that recruited to work as a teacher at my former cooking school.

I worked as a cooking teacher for one and a half year at the same time as I was starting up a small scale farming/cooking/gardening project called Spiragården together with three friends outside the town. After a few years we passed the farm on to a new group of people.

In 2012/13 I took a course in “experimental archaeology” and learned a lot of old handicraft techniques from the stone age an onwards including for example; fire making, food preservation, skin tanning, textiles,. stone, wood, and metal work. In the summer of 2013 Me and Johan Andersson held a course in food and preservation during Summer of Soil. Right now am involved in a garden project in Järna called Under Tallarna and I am also working in Järna Café.