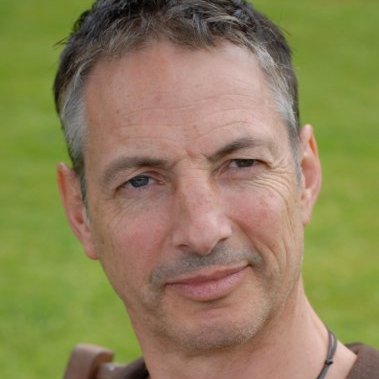 Christopher Marcus trained at the Drama Centre in London and, later, at the Goetheanum in Switzerland, before establishing his own theater group, Theatre of the Word. Since 1985, he has worked fulltime as a director specializing in mystery theater, and has written several plays. His productions include Teniko,Gilgamesh, The Egyptian Book of the Dead, The Passion of Kaspar Hauser, Hamlet, and many others, including Steiner’s mystery dramas. After writing and directing the epic drama Black Earth in 2000 he returned to the stage to work as an actor. After a solo tour of 135 performances of Steiner Graffiti he gave up theatre to become ordained as an Interfaith Minister. He now teaches on the faculty of the One Spirit Interfaith Seminary in London with the co-responsibility of guiding groups of thirty to forty students to ordination