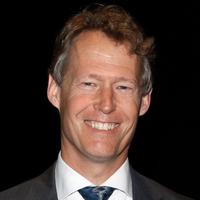 Alan AtKisson has been working in the field of sustainability since 1988, starting out as the editor of a pioneering sustainability journal called In Context. In 1990 he co-founded the Sustainable Seattle initiative, which produced the first urban sustainability indicator set and became a model, recognized by the United Nations in 1996, for similar projects in many countries. In 1992 he founded a consultancy focused on sustainability management, measurement, and capacity building, and today the AtKisson Group has affiliates in nine countries. Alan’s clients have included United Nations agencies, global companies, national governments and inter-governmental initiatives. Tools and methods developed by the AtKisson Group are widely used in international sustainability education and management. More information is available at www.AtKisson.com.

In 2011, Alan assisted the UN in planning and establishing the first global UN Office for Sustainable Development (“UNOSD”), whose mission is to support national sustainable development planning, especially in developing nations. UNOSD has now opened its doors and is based in Incheon, South Korea.

Alan is the author of five books:  Believing Cassandra (1999), The Sustainability Transformation (2010), both issued by Routledge/Earthscan; the new Life Beyond Growth (2012), based on a report authored on assignment from the Institute for Studies in Happiness, Economy, and Society, Tokyo, Japan; Because We Believe in the Future: Collected Essays on Sustainability 1989-2009 (published by ISIS Academy in 2012); and Collected Poems 1982-2009 (Broken Bone Press, 2012). Life Beyond Growth was first published in Japan by Random House (2012). His other books have also been translated into Chinese and Russian.

A dual citizen of Sweden and the United States, Alan AtKisson lives in Stockholm, Sweden, with his wife, Kristina AtKisson (who also works in the field of sustainable development), and their two children.