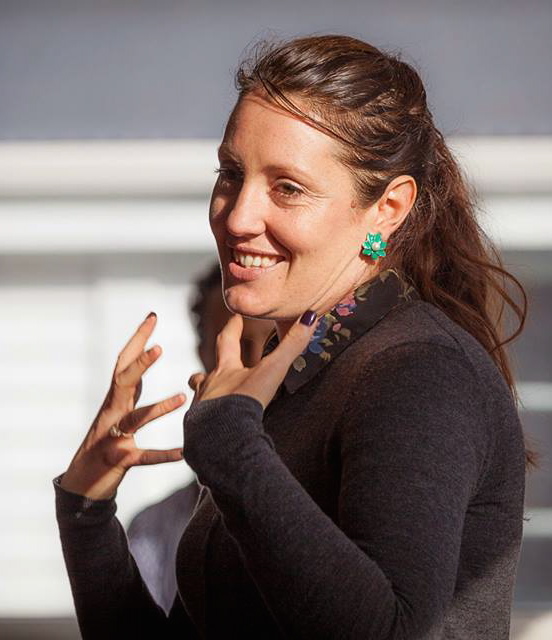 I arrived at the Wellington Airport and was greeted by Lucy (YIP4) in what was a surprisingly emotional reunion for both of us. Their campus and home is in a stunning place, an ocean bay on one doorstep and the base of a very steep forest-covered mountain on the other. Skye (YIP3) expressed shear relief at my arrival (that was in a sense, the arrival of YIP!), saying that it gave her a boost of trust and security. And it was great to see Thomas (YIP4). He was hard at work in the office, full of all the tasks that were demanding more time then he had.

After catching up with the Orientation Aotearoa (OA) team over dinner, I became aware that the biggest area of stress was the kitchen. They had only moved into the campus two days before and everything had to be cleaned, sorted and put away in the whole house. So, over two days I was hard at work scrubbing bathrooms, vacuuming, moving furniture and cleaning and sorting the kitchen. The place has about 14 bedrooms, a big hall that will be used as their classroom, lounge rooms, a pool room, the kitchen, offices and dining room. It is all attached, the perfect lodge for the windy, wet Wellington winter.

I loved listening to them come out of a meeting, planning their Oasis Game week, or having them sweep me up to go and pull names out of a hat for the participants rooms. They came to me while I worked, with many questions, shared their concerns and their visions.

I had a check-in with both Lucy and Skye. It was really tangible what YIP, and the adventures they have been on post-YIP, have given each of them. The way that they were working together, the preparation they have done, the program they have created and the readiness they have to host this space. Even at 23 and 24 years old!

And I got to know Babs, their fourth team member. She is amazing; rock solid. She has given so much of her time and has so much to offer. She works for the Green Party but took 6 months off to make OA happen and, while she is going back to work next week, she is living on campus with the participants and the team and doing all the finances for the program.

The morning of the opening came and it became very real. Participants started to arrive, received by excited Organizers, a little dazed with disbelief that it was actually happening. The participants seemed excited and nervous. A small group of 9 – 5 male, 4 female. But full of enthusiasm and commitment!

There were about 80 people at the opening, a huge community from all walks of life coming to show their support for this new initiative taking flight. It started with a welcoming to the land and place by Māori elders. They spoke in Māori and sang songs with the participants and the team, who sat up at the front facing the audience. They spoke in English about the strength and courage of these 4 young people who have created OA; that it is so easy to see what is happening in their country and to just become apathetic or overwhelmed, and especially with youth suicide being so close to it’s heart. But these young people are doing something. They are creating healing in the world.

At this point I couldn’t stop the tears flowing down my face, quietly crying in the audience, being gifted with the most incredible moment of fruition. All the meetings and ideas and hopes and dreams of YIP. Reinoud and I used to sit in fundraising meetings and talk about these young people who were going to go back to their communities and create initiatives to bring social nourishment and renewed forces to their communities. I sat as their community acknowledged them, as they stepped into there own task in the world.

There was a busy fika, filling their previously empty lounge/dining room/kitchen area; people talking to each other with the kind of inspired energy that is born out of witnessing something beautiful. The people I met all commented on the fact that there were people there they hadn’t seen for years, that they were surprised by how many different people in the community were involved.

The second part was for the OT’s to share and welcome and introduce themselves. They expressed many thank you’s, for contributions, people and organizations who had helped them to make OA possible. The thank you’s included a very big acknowledgement to YIP. They spoke about their journey before and after YIP and everything it had given them. They spoke of the support they had received and the people in their backspace. And they spoke about YIP sending me over to do dishes and provide moral support. That OA was the direct result of YIP.

Later that evening, after the participants, the team, the parents, the siblings and I all had dinner together, the participants decided to go for a walk together as a huge storm was building outside. The wind was howling and knocking on the walls. It was quite a nice picture watching them all getting bundled up and going off together, already a group, into the elements on their first night.

The team and I had a check-in sitting in a little circle in their office talking about the day. The fears, hopes, exhaustion, anticipation, love and gratitude. And then it went dark. All electricity was down for the rest of the night. The participants found their way to bed by torchlight. I left at two o’clock in the morning, knowing that I would be back during the year to check in, and that I had become a part of the initiative in someway.

I certainly wish that my colleagues and the current organizers of YIP could have been there to witness the work of YIP through these individuals and OA. I hope YIP will continue to be present at such events of alumni in the future. The support I was able to give was invaluable and what I was given, as a founder of YIP, was priceless.